One of the main reasons you should visit Nagano is for the Jigokudani Snow Monkey Park, a unique onsen, or hot spring, filled with wild Japanese Macaques. Yes, you read that correctly. There is a hot spring with wild monkeys that you can visit in Japan. The park, located northeast of Nagano, requires a little work to reach, including a 1 mile (1.6 kilometers) trek on a narrow pathway through a beautiful snow-covered (in the winter) forest.

If you are deciding if you should make the effort, the answer is definitely yes. It is one of the most unique sights you will see anywhere in Asia or in the world. Oh, and your friends will be jealous when they see photos of you hanging out with snow monkeys only inches away from you.

To reach the Jigokudani Snow Monkey Park from Nagano, you have two main options: train or express bus.

Seems simple right? In reality, the transportation options can be confusing for first-time visitors. Even I got a little confused with all the different options of trains and buses. I will try to explain better below.

With that said, before you decide which form of transportation you want to use, you should learn about the Snow Monkey 1-Day Pass.

If you will be traveling round trip from Nagano Station to the Jigokudani Snow Monkey Park, then the Snow Monkey 1-Day Pass is highly recommended. It will save you money and the hassle of buying individual train, bus, and admission tickets. Credit cards were not accepted even though the sticker on the window said otherwise. Neither the bus or train are covered by any JR pass.

With your pass in hand, it is now time to decide how you will get to the park. In my opinion, getting to the park by bus is your easiest option.

From Nagano Station, take the Nagano Dentetsu Bus (Nagaden) towards Shiga Kogen. This bus makes a stop at Kanbayashi Onsen Guchi, a short walk from the entrance to the monkey park. These buses do no stop at Yudanaka Station. Check out the maps at the bottom of the page for a better understanding of the area.

If you choose to take the express bus, make sure you board the bus towards Shiga Kogen (disembark at Kanbayashi Onsen Guchi).

The bus fare is included with the Snow Monkey 1-Day Pass. Just show the bus driver your pass. If you wish to pay with cash, the cost is 1,400 yen/one way and you can pay the bus driver directly.

When I boarded the bus, I was a little surprised. Other than a couple next to me from San Francisco, the bus was virtually empty so no need to worry about a full bus.

The bus will stop at Kanbayashi Onsen Guchi. You will be dropped off near a gas station. From the gas station, walk downhill and turn right at the first road (don’t turn right into the small parking lot). Signs along the way will point you in the right direction. Continue up the road the until you reach a junction. Make a right and continue up the road for another five minutes until you reach the start of the walking trail. Using the train to get to the park is a little more time consuming and will require extra modes of transportation including a bus.

First, I will explain how to get from Nagano Station to Yudanaka Station. The Nagano Electric Railway, commonly known as Nagaden, operates two trains per hour between Nagaden Nagano Station (next to the JR Nagano Station) and Yudanaka Station, which is located in Yamanouchi. One train is limited express while the other is local.

If you decide to take the train, use your Snow Monkey 1-Day Pass or purchase a ticket for the Nagano Dentetsu Line (Nagaden) towards Yudanaka Station.

The Nagano Electric Railway Limited Express takes about 50 minutes and costs 1,260 yen. It requires no transfers to reach Yudanaka Station.

The local Nagano Electric Railway train costs 1,160 yen and can take anywhere from 53 to 81 minutes, including transfers, to reach Yudanaka Station. If you choose to take this local train, you will have to transfer one time at Shinshunakano Station.

Taking the limited express train is well worth the extra 100 yen cost. Be sure to plan ahead and check the train schedules.

Also, note that these trains are not covered by any Japan Rail Pass but fully covered by the Snow Monkey 1-Day Pass. Once you arrive at Yudanaka Station, you will need to board a bus. This is where it gets a little confusing.

From the station, you will need to board a bus that stops at either Kanbayashi Onsen (closest to the monkey park) or Kanbayashi Onsen Guchi (just down the road about 200 meters). In the winter, the buses leave every hour, taking about 9-15 minutes (310 yen).

It really does not matter which bus you get on if you don’t mind walking an extra 5 minutes. Just get on whichever bus is next. No point waiting around at the station to save only five minutes. If your bus stops at the Kanbayashi Onsen bus stop, continue uphill for about five minutes until you reach the start of the walking trail.

If your bus stops at the Kanbayashi Onsen Guchi bus stop, you will be dropped off near a gas station off the main road. From here, walk downhill and turn right at the first road after the small parking lot. Signs along the way will point you in the right direction. Continue up the road until you reach a junction. Make a right at the junction and continue up the road for another five minutes until you reach the start of the walking trail.

Admission for the train, bus, and monkey park are all covered by the Snow Monkey 1-Day Pass. The trail head to the Jigokudani Snow Monkey Park

From the trailhead, it is a 1.6-kilometer hike to reach the snow monkeys. Use caution in the winter as the trail will be slippery and covered in snow.

Confused? So am I. Hopefully these maps below explain it a little better. 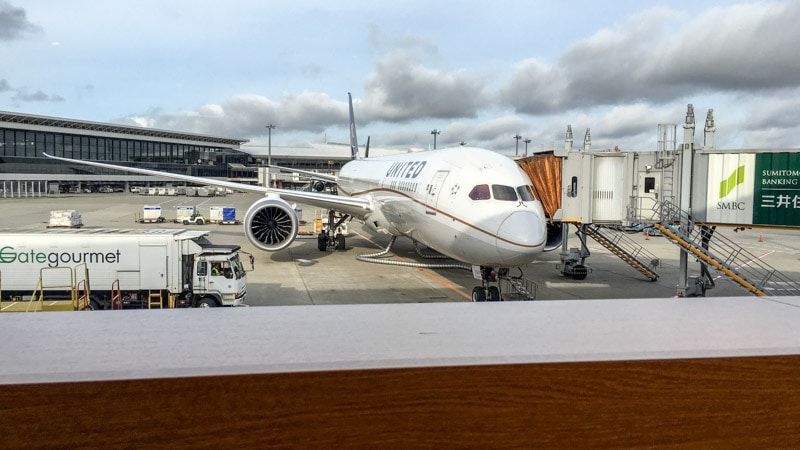